High achievers in the fields of innovation, business, health and the arts have been celebrated with honorary awards from Wintec.

Peta Karalus, Sir James Wallace, Dallas Fisher and David Sidwell are the latest recipients of the awards announced on Tuesday.

Karalus, a health professional, received an Honorary Fellowship Award and was praised for her passion for helping the Pasifika community.

She moved to New Zealand from Western Samoa at age 17 and holds a high chief title from the village of Fasito’outa.

Karalus established the K’aute Pasifika Trust in 1999 and served as its chief executive for 18 years.

“I will receive the award with honour on behalf of all the people and communities that were instrumental in making K’aute Pasifika what it is today,” Karalus said. 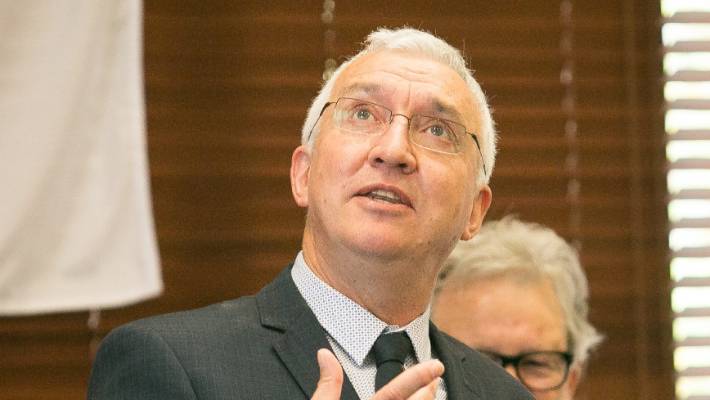 Wallace was awarded an honorary Master of Arts degree. He created the Wallace Arts Trust, regarded as one of New Zealand’s most important art collections.

He also established the Annual Wallace Art Awards, the longest surviving and richest yearly art awards of its kind in Australasia.

Wallace said he was “delighted and surprised” to receive the honorary degree.

Fisher received an honorary Master of Applied Innovation degree in recognition of his passion for innovation and his involvement in several successful companies. Fisher is chairman of the Waikato economic development agency Te Waka and is credited with helping bring the rugby sevens tournament to Hamilton. He is also a director of the Chiefs Rugby Club. “Having the courage to try new approaches, thinking and structures is great fun and very motivating,” Fisher said.

Sidwell has taught music at Wintec for almost 18 years and was awarded an Institutional Medal Award. He manages the postgraduate and music and performance arts department in the School of Media Arts.  “Teaching at Wintec means I can share my passion for music and theatre and help others hone their professional skills,” Sidwell said. He has also been the director for Hamilton Operatic Society since 1986.

Wintec Council chairman Barry Harris said the four award recipients had made “exceptional contributions” in their own unique ways. The recipients will be recognised at events in 2019.